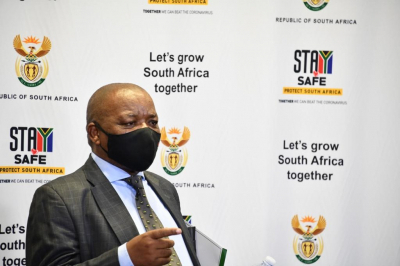 The National Energy Regulator of South Africa (NERSA) and Minister of Mineral Resources and Energy have been sued by environmental activists over national plans to allow the construction of new coal-fired power plants.

Plans for the construction of 1,500 megawatts of coal-fired generation capacity are included in the 2019 Integrated Resource Plan for Electricity and a ministerial determination passed on 25 September last year.

"New coal-fired power flies in the face of our constitutional right to an environment not harmful to health and wellbeing, not only for the present generations but for future ones too," Nicole Loser, Programme Head: Pollution and Climate Change at the Centre for Environmental Rights, a legal group representing the activists, said in a statement on Wednesday.

South Africa relies on coal for more than 80% of its power and is the world’s 12th-biggest source of greenhouse gases.

The CER is representing groundWork, Vukani Environmental Justice Movement in Action and the African Climate Alliance. The action was taken after Energy Minister Gwede Mantashe failed to respond to a 17 September letter of demand, the CER said.

Earlier this month Mantashe said that securing the right to use coal for new power plants was worth a court battle.

The case also comes in the wake of COP26 and global consensus that coal must be urgently phased out if the world is to avoid catastrophic global warming.

More in this category: « Former Western Cape top cop Jeremy Vearey’s dismissal upheld. SA aims to accelerate the phase down of unfiltered coal to low-carbon energy. »
back to top